Professor Brené Brown is a researcher at Houston University.
She specialises in studying aspects of society and humanity
such as shame and vulnerability.

Her key teaching is that telling our story with courage and empathy
makes us vulnerable, resilient to shame and
more able to lead fulfilled and meaningful lives

I’ve been following Brené Brown for some years. I came across her when her TEDxHouston talk on the Power of Vulnerability was recommended to me. It could not have come at a more appropriate time, whilst I was my own journey of personal transformation with George Kinder in the Kinder Institute Life Planning programmes. The concept of vulnerability was new to me, although I had begun to experience its power in my work with Kinder. Brown’s words of wisdom about vulnerability, however, gave me a much deeper insight into the concept.

In 2015 I attended Brown’s workshop held over a day and a half in London (one of the few men in a packed auditorium). Again, I discovered greater insights into her themes around shame and vulnerability, courage and empathy. I read her four books, which pushed so many buttons, and joined her online Living Brave course in 2016 (sadly no longer available).

At the time I was working with  a counsellor and was in the privileged position of being able to discuss all these concepts with her. Between Kinder, Brown, Benedict of Nursia and my counsellor, I moved away from a life of shame and fear, of hiding in the dark corners of life. I learnt how to accept the person i was, and to understand that my mistakes are actually my greatest asset. I learnt how to tell my story to myself, truthfully, and discover the power of vulnerability through the telling of my story.

And whilst I have been applying Brown’s teachings to my self, I’ve also been incorporating them in my client work. There is no doubt Brown is a significant and valuable influence on both my personal and professional life.

Brown has authored and contributed to a number of publications. Her first four, published between 2007 and 2015, concern our own personal, daily lives, if you want, discussing how to live fulfilled lives through story, vulnerability and empathy. I confess to not yet having read her most recent publications from 2017 and 2018 which, I think, cover belonging and social connection (or lack of it), and leadership. The first four are on permanent download in my Kindle

Brown starts her exploration of the human condition in I Thought It Was Just Me. She argues that today’s intense social expectations force us to equate imperfection with inadeqaucy. As none of us are perfect, we try to protect ourselves from being seen as imperfect by pretence and perfectionism. In their own way, these two forces do as much damage to our integrity as the feelings of imperfection and inadequacy we are trying to avoid.

I love her second book, The Gifts of Imperfection, which extends the concepts raised in I Thought It Was Just Me. Here, brown sets out ten ‘Guideposts to Wholehearted Living’. This really appealed to me from a personal point of view and provided strong pointers for me professionally as I moved away from financial advice to life coaching.

Daring Greatly and Rising Strong go hand in hand, and were the foundation of Brown’s Living Brave course. The first is about vulnerability and its power. Her theme is that vulnerability is something to be embraced with courage. Vulnerability is not a weakness of which we should be ashamed. Rather, it is a powerful force that, if wielded with courage, can change your life. Having extolled the virtues of vulnerability, Brown moves on in Rising Strong to show how we can use vulnerability to tis from our falls. She formulates a three step process: the reckoning, the rumble and the revolution. Our story is at the heart of the process, and Brown writes about the importance of owning our own stories and being honest about them.

The Power Of Vulnerability 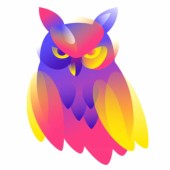